The last of the World Cups and end of the Season

After the Olympics we spent a few days in Munich with our physio Andi before heading onto Finland for the World Cup in Lahti. In this period it was a solid reality check coming out of Sochi and a bit of a depression session too, it seemed that life had come to a screeching stop!

In Lahti we were hoping we could gather together some form to hopefully not make a fool of ourselves but it was proving tough! Having some nights out in Sochi and four days off snow in Munich didn’t help our situation hugely. It was a sprint and a 15km both skate. I was pretty keen for this, hoping I could have another good sprint result but it didn’t quite go to plan. I felt I skied the course pretty well and work as hard as I could on a short fast track but as expected my form was on the downward spiral. It wasn’t a bad result, I was around 70th out of 95 but just not quite where I’d hoped. 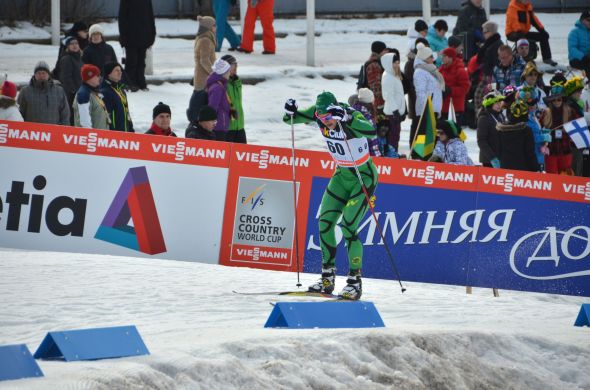 The distance the following day was probably even a little worse, although I wasn’t ever really expecting great things. …Well in actual fact it was a terrible race, I tried to work but just had nothing! 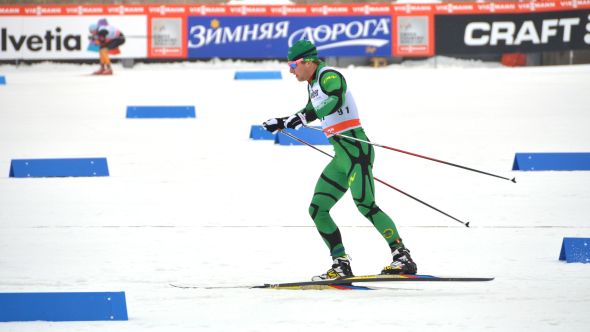 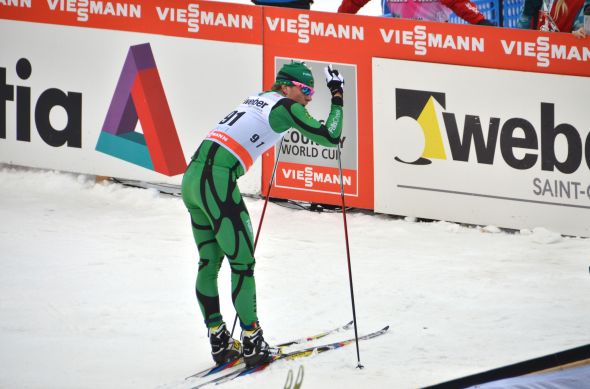 It’s a pretty bad feeling when you know you form is disappearing, there isn’t much you can do because it takes so long to build and peak to form that you basically have to ride the downward spiral or finish up racing for the year. But with only two races within the next five days I was keen to finish off and enjoy the end of season. 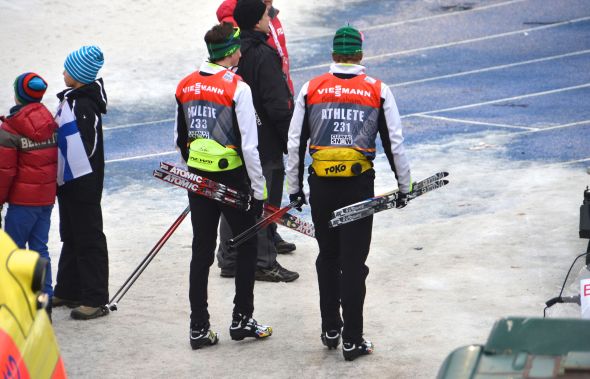 A few days later it was the World Cup city sprint in Drammen (classic). This is always a tough race because it is a decision between going on grip wax or double poling on skate skis its usually a 50/50 decision. The last 2 years I chose to stride but this year I thought I would man up and double pole! The conditions are never great as its a race down the main street on trucked in snow but the thousands of people who come out to watch make up for it! My race, once again wasn’t super great as I finished in the last few but it was a good step to make, I think, to double pole and I knew this was something I would one day have to do.

At this point I was thinking that I wouldn’t start the 50km classic in Holmenkollen but Callum and our wax tech convinced me to have a go and it’s always been a race that I have wanted to do as it is the toughest race on the World Cup circuit and the crowd there is crazy! Unfortunately I didn’t get to finish off the season in style, I was feeling super rough and couldn’t hold on for very long at the start. I kept going for a while thinking I could ski myself in but it wasn’t going to happen. I was loosing time quickly and pulled out. I actually pride myself as being someone who never pulls out of races but this was not pretty so unfortunately that was how it went.

It really wasn’t the way I was hoping to finish my season off as it has definitely been my best season yet but unfortunately when your form is going that way there is nothing much you can do to stop it!

Now we are looking for some relaxation time and maybe a beach!