Ever since I qualified for World Cup a few weeks ago I’d been super excited yet quite nervous to compete in the city sprint in Milan, Italy. Even driving there and skiing on the course the day before the race I was starting to wet myself pretty bad. The atmosphere was intense heaps of people were out to watch and the course was situated right in the centre of the city in the gardens around a massive old castle which was pretty sweet. 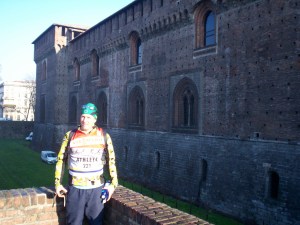 The day of the sprint came around and I was super nervous, pretty much peeing every five minutes and the strong lethargic feeling from being filled with nerves and adrenaline. I was the last skier to go off as I was the worst ranked skier of the field of 68, a block starting system was used to start the skiers which meant I was starting around 30 minutes behind the first male starter which was a bit of a disadvantage as the course was softening fast and after all the men and women had gone it was starting to get quite cut up. Leaving the start I was so nervous it felt as if I had pretty much forgotten how to ski but after the first 10 or 20 metres I soon found my feet and got into rhythm. The track wasn’t entirely flat and had a small uphill in it which was good for some variation. I threw down as hard as possible and worked it as much as I possibly could, right through to the finish. I ended up coming in 67th ahead of only one other so I was happy not to come last as I wasn’t expecting much more. It was a relief once the race was over but there was not much time for relaxation as we then started prepping for the team sprint the next day. 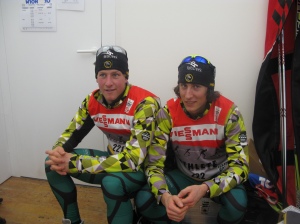 The team sprint consists of two team mates each doing three separate legs of the 1.4km sprint course and with all the changeovers and twelve skiers on course all at once it makes for a lot of carnage and is often one of the toughest races. With the possibility of being lapped off the course our goal was to just try and hang on to the front bunch for as long as possible in order to survive the race. Callum took the first leg and skied like a boss, he managed to avoid a mass pileup and changed to me in fourth position, I was then able to relax and ski as efficiently as possible, the bunch reformed and passed back to Callum still in contact. Callum then smashed it out again and handed back to me still in contact with the front guys. In the second lap of this second leg of mine I was nearly taken out as an Estonian skier ate it hard right in front of me, struggling to dodge this skier I last contact temporarily with the front bunch but worked super hard to get back on, then dodging more sprawled out skiers in interchange I changed back to Cal still just in contact. The pace lifted again as skiers went out on their last leg and Calboss just lost contact with the bunch before passing back to me, I tried to gain ground back but didn’t succeed.

We finished 14secs back and in front of Italy IV and Germany II. We also beat Estonia II and Italy III coming 20th out of the 24 nations. Coach, Finn Marsland said that it was the best team sprint result Australia has gotten on World Cup. We were super stoked about the result and how we managed to stay in contact with the front guys for so long and we were on quite a high for some time afterwards. We are now back in Seefeld for about four days before flying out to Estonia for the Otepaa World Cup where Callum, Esther and myself will compete in the Classic sprint on the Saturday and Callum will race the 15km Classic. 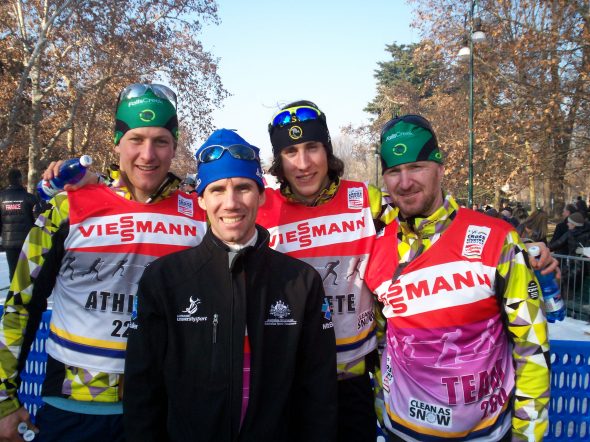